Benchmarks. They are vital to ensure the R&D team produce a compelling new product or service and are essential on the production line of a manufacturing facility. In audio test, there are a small number of performance benchmarks that are most important when evaluating a device-under-test (DUT) in Burosch NF Lab. We call them “The Big Six” measurements. These are:

Level, also known as amplitude, describes how big the signal is. The greater the amplitude of the signal, the higher the level. One of the most basic audio measurements we can make, level is key in determining how much energy the device can output. Gain on the other hand, is a measurement that is commonly used for amplifiers. It’s the device’s output level divided by the device’s input level. Each DUT may have several level measurements that are of interest. Audio engineers must determine target levels. Examples include:

Any of these levels may be used as a reference level on which we can base further measurements. Frequency response measurements, for example, are expressed relative to the level of a mid‑band frequency; THD+N measurements are made at specified levels, which should be reported in the results.

Some DUTs offer no gain adjustments and are said to have fixed gain. The gain may be fixed at unity, or at some other value.

A DUT with a volume control or other setting that affects gain is a variable gain device. When setting and measuring level, it is essential to consider whether the DUT gain is variable and, if it is, how to set the DUT controls for the desired test results.

A frequency response measurement reports the output levels of a DUT when stimulated with different frequencies of known level. The simplest of all frequency response measurements consists of only two or three tones, the first near the middle of a DUT’s usable frequency range and followed by a tone near the higher extreme of the range and sometimes a tone near the lower extreme. Assuming the tones are all generated at the same level, the DUT’s output levels describe its response to these different frequencies.

Full‑range frequency response measurements can be made by several different methods, the classic being a sweep of a sine wave from the lowest frequency in the range to the highest, the results plotted on a graph. A “flat” response describes the shape of a graph where the DUT responds equally at all frequencies, producing a trace with a slope of 0 and with minimal variations. Below is an example of a typical DUT flat frequency response curve. 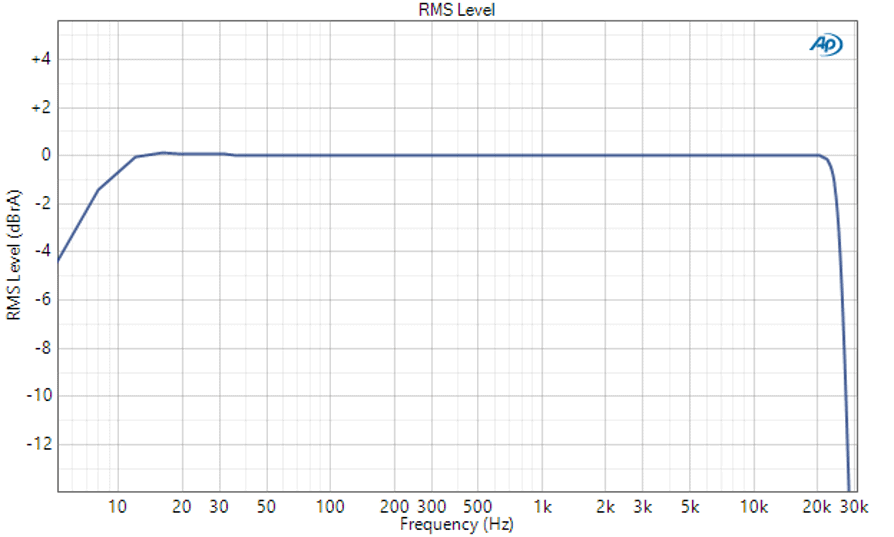 Harmonic distortion is the unwanted addition of new tones to the audio signal. These tones are harmonically-related tones to the original signal. When the signal is one sine wave of frequency f1, harmonic tones are f2, f3, etc., at integral multiples of the original tone. Total harmonic distortion is the sum of all the harmonics measured in the DUT’s bandwidth.

Why THD+N? Why not just measure THD (the distortion) and N (the noise) individually?

Well, at first glance it makes sense. However, in the pre-FFT days of audio measurement, it was difficult to measure the THD by itself, without the noise, but it was relatively simple to measure the THD and the N together. So, the accepted techniques handed down from years past specify THD+N, because that’s what was practical. In addition, THD+N is a convenient and telling single‑number mark of performance, widely understood and accepted.

For a more in-depth look at THD+N, read Joe Begin’s post about the measurement.

In audio engineering, phase measurements are used to describe the positive or negative time offset in a cycle of a periodic waveform (such as a sine wave) measured from a reference waveform. (Visit our blog post, “Why Sine Waves” to learn more). The reference is usually the same signal at a different point in the system, or a related signal in a different channel in the system. 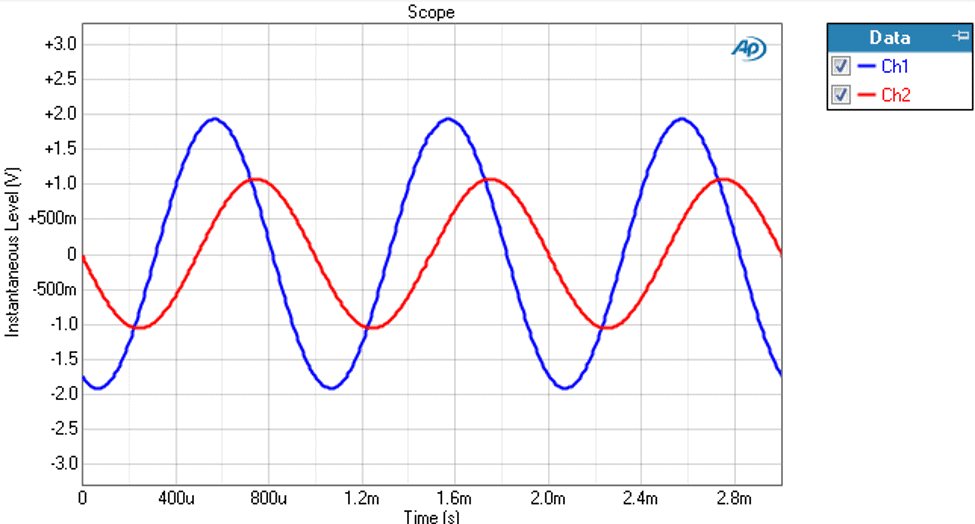 This choice of references defines the two most common phase measurements: device input/output phase, and interchannel phase. Phase shift varies with frequency, and it is not uncommon to make phase measurements at several frequencies or to plot the phase response of a frequency sweep. Phase is expressed in degrees.

In audio systems of more than one channel, it is undesirable for the signal in one channel to appear at a reduced level in the output of another channel. This signal leakage across channels is called crosstalk, and in practical devices it is very difficult to eliminate. Crosstalk is expressed as the ratio of the undesired signal in the unstimulated channel to the signal in the stimulated channel. Crosstalk is largely the result of capacitive coupling between channel conductors in the device, and usually exhibits a rising characteristic with frequency.

How much noise is too much? That all depends on how loud your signal is.

Signal-to-noise ratio (or SNR) is a measure of this difference, providing (like THD+N) a one-number mark of device performance. The signal is usually set to the nominal operating level or to the maximum operating level (or MOL) of the DUT. When SNR is made using the MOL, the result can also be called the dynamic range, since it describes the two extremes of level possible in the DUT. (Dynamic range in digital devices has a somewhat different meaning). SNR is usually stated in decibels, often shown as negative.

Using traditional methods, SNR requires two measurements and a bit of arithmetic. First you measure the signal level, then turn off the generator (and often, terminate the DUT inputs in a low impedance as well, to fully reduce the noise in the device). Then the noise level (often called the noise floor) is measured, using filters to restrict the measurement bandwidth. The ratio between the two is the SNR.

From R&D to production lines, the audio measurements used in different applications will require various methods of evaluation. Establishing benchmarks and adhering to a process of assessment for each DUT will provide engineers with the insights to make the right decisions on product development and creation.